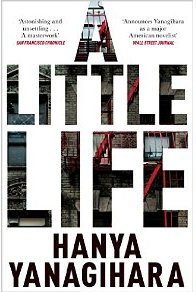 A Little Life by Hanya Yanagihara

Available in Hardback and Kindle.

This is only the second novel written by Hanya Yanagihara after The People in the Trees (2014). Remarkably this took Yanagihara around 20 years to write, this time round A Little Life took just 18 months from start to finish despite it being a mammoth 736 pages long.

This is a story of friendship and a harrowing account of child abuse and self-harm to the leading character. Do not be put off by this as there is more to this story that is also an emotional intelligent and a beautifully written novel that is set to become a modern day classic.

The story starts with four classmates in New York now venturing into the wide World and to start their respective careers. I thoroughly liked the way that Yanagihara introduces each of the four characters and their in-out friendships and relationships at times raw, but this is story that will stretch the boundaries this is humanity laid bare and will at times really test the reader.

As the story unfolds and Jude the lead character comes to the fore he is now a very successful lawyer in New York the story now takes on a much darker tale one that some will find very difficult and upsetting, at times I had to put the book down and catch my breath and think about what I have been reading. Here the story of Jude as a child and his memories being abandoned at birth exploited and abused by Monks, forced into child prostitution and then badly injured after he is taken captive and tried to escape the need to self-harm is one of desperation, I became quite attached to Jude some will think differently. He is mentally scarred and physically disabled. Yanagihara has written the book in a way that does not shy away from the horrors of child abuse and the consequences for the character and at times it is deeply harrowing. He is as he says ‘Trapped in a body he hates with a past he hates’ this is self-loathing as it can get. Yanagihara does not trap herself here as the story could become totally submersed with Jude, but in the end the main story line that comes out is one of love and compassion even tenderness that can only be found through the love of those that really do care and have his best interests at heart.

The beauty of the book for me lays in the first 70 pages, it leads you to think that this is just a story of four friends starting to make their way in life, some may find this slow considering the length of the book, but not me, it leads you in sucks you in even, it takes you on a journey then the who book then opens up to the reader.

Is this something that Yanagihara learnt from her first novel The People in The Trees time will tell but I have a feeling when this book is launched many will seek out her first novel and will be immersed in an outstanding debut novel. A Little Life is destined for greater things. As I write this Yanagihara’s A Little Life has been Long Listed for the 2015 Man Booker Prize and is more than a worthy winner now destined to become an all-time classic. 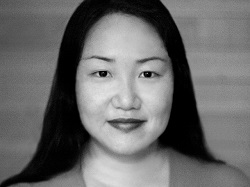 Hanya Yanagihara is an editor at Conde Nast the author of The People in The Trees, a book which she says she started writing when she was 21, and which took her nearly 20 years to complete.

She started her career in New York working in the publicity department of Vintage Books working for a number of New York publishers. From 1998 to 2005 she edited The Asian Pacific American Journal, before joining Conde Nast Traveler in 2005. Her ‘Word of Mouth’ section was noninated for a National Magazine Award in 2007.

Yanaihara has edited several books and served as a New York Foundation for the Arts Literary Fellow in both 2001 and 2008. She currently lives in New York. A Little Life is her second novel and has now been Long Listed for the 2015 Man Booker Prize.