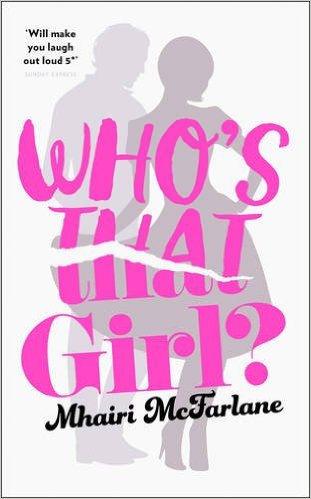 Who’s That Girl by Mhairi McFarlane

It is not too often I get the opportunity to review a romantic comedy but given that I have heard so much about Mhairi McFarlane I could let this pass me by.

Who’s That Girl Mhairi McFarlane is released on 7 April and fans of pure romantic comedy will flock to read this warm and witty story at over 500 pages cancel your weekend stock with wine and chocolate and settle back and let the stress and strain of your week pass you by.

When Edie is caught in a compromising position at her colleagues’ wedding, all the blame falls on her – turns out that personal popularity in the office is not that different from your schooldays. Shamed on-line and ostracised by everyone she knows, Edie’s forced to take an extended sabbatical – ghost-writing an autobiography for hot new acting talent, Elliot Owen. Easy, right? Wrong. Banished back to her home town of Nottingham, Edie is not only dealing with a man who probably hasn’t heard the word ‘no’ in a decade, but also suffering an excruciating regression to her teenage years as she moves back in with her widowed father and judgy, layabout sister. When the world is asking who you are, it’s hard not to question yourself. Who’s that girl? Edie is ready to find out. 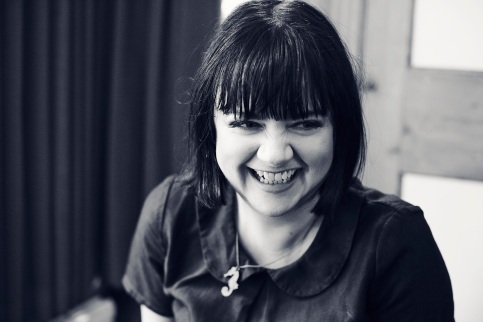 The story is a pure joy to read not one you will read quickly being over 500 pages but a funny and engaging story. You are taken by the main characters in Who’s That Girl, Edie Thompson is wonderful despite the stress of her family, with Edie having a somewhat emotional affair with her work colleague Jack, what Edie fails to spot is that Jack is already involved with another colleague Charlotte.

We then see both Jack and Charlotte both getting married and a rather forlorn Edie attends all it takes is a harmless kiss and things go wrong from there. Life starts to conspire against poor Edie and she is too blame for ‘that’ moment and even her boss blames her and sends Edie to Nottingham to ghost-write a biography of a new rising star Elliot Owen, you would think that this would be a moment to take stock and concentrate on the writing, the pair just don’t really hit it off and Edie has issues of her own to look after and this is a seminal moment for Edie as she embarks on a path of self-discovery and trying to find our just who you really are.

Who’s That Girl is a wonderful warm and funny story that you just cannot fail to fall in love with. The story is so wonderfully written, being sharp and observant, it is a love story and also a journey of self-discovery set in a world when it is so easy to lose yourself in the stresses and strains of everyday life.

My thanks to Jaime Frost at Harper Collins for a review copy.

Who’s That Girl by Mhairi McFarlane is published by Harper Collins and released on 7 April 2016 and available through Waterstones and all good book shops.