I am delighted to welcome Jennie Ensor as a guest on my review page as a guest blog talking about her forthcoming debut book Blind Side to be published on 23 July 2016. I will be reviewing Blind Side on 27 July. 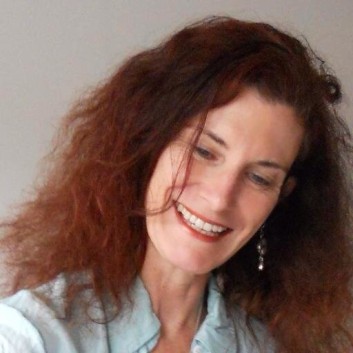 How Blind Side came into being: inspiration, research, titles and more

First, I’ll tell you a little about who my story and who everyone is.

The main narrator is Georgie, a young woman at a critical stage in her life. She knows something important is missing from it, and she must decide whether to continue the path she’s on or to gather her courage to risk making a change. The second narrator is Julian, Georgie’s close friend, a slightly geeky chap who has nursed strong feelings for her but been unable to express them, because he knows she would probably run away. From the start, Julian is jealous of Nikolai, the Russian ex-soldier who nearly clobbers Georgie in a London pub.

I started writing Blind Side – or ‘Nikolai’ as I first called my work in progress – in early 2005, before the London terror attacks that July. Back then I had my three main characters, Georgie, Julian and Nikolai as a young Russian conscripted to fight in Chechnya. I knew I wanted to explore – among other things – the impact of war-time experiences on Nikolai, and that the story would involve guilt, loyalty and betrayal.

After 7/7, I realised I was going to make London and the terrible events that during that July a significant part of my novel. Like many other Londoners, I was deeply affected by the assault on our capital and the climate of fear and suspicion it evoked. The revelations that four terrorists were ‘home-grown’ (from Yorkshire) particularly struck me, and led me to incorporate the idea of an ‘enemy within’.

Blind Side is the novel’s third title. My editor suggested I change it to reflect Georgie’s viewpoint. After much indecision I managed to let go of Ghosts of Chechnya, which had been the title since 2008. I came up with ‘Blind Side’ during the early hours one near-sleepless night and knew it was probably The One. It fits the novel in many ways and sounds more like a thriller – also it doesn’t risk confusing the reader. Although past scenes are set within Russia and war-torn Chechnya, the present of the novel is mostly located in London (especially Kings Cross, Camden, Hampstead and Finsbury Park).

Research wise, much of my fact finding for this novel has involved reading copiously – and the internet. Goodness knows how many politically sensitive, suspicious-looking Google searches I’ve made, seeking information about Chechen separatist groups, the Russian mafia, murky goings on in the Russsia-Chechen war, the Beslan hostage crisis, the 2005 London bombings, etc etc. (A while ago, months before Edward Snowden’s revelations, I became rather paranoid and stopped discussing anything sensitive on the phone, just in case.)

Thankfully, some of my research involved visiting real places and talking to people. For ages I’ve been interested in abnormal psychology and the impact of trauma, but I didn’t know that much about Russia, Chechnya or the many years of conflict between the two regions. (President Putin’s ban on foreign reporters probably got me interested in this in the first place. Not that I was intending to go, but I did wonder what he was trying to hide.) I managed to track down two Chechens who’d fought against Russia and were willing to talk about their experiences. Other people helped me with all sorts of details, from Russian life in Soviet times to accidents on construction sites (an important strand in the novel).

Coming up with a genre for my book has caused me much grief, I freely admit. In the final (100th?) revision of the manuscript, I turned my sort-of contemporary novel into a psychological thriller with political overtones entwined around a love triangle.

I’ve gone for long enough, I think. 11 years since starting out on this project, I wait with anticipation laced with hyperventilating panic to see what readers will make of Blind Side.

Jennie is a Londoner descended from a long line of Irish folk. For much of her life she’s been a wandering soul, but these days she lives with her husband and their cuddle-loving, sofa-hogging terrier. As well as from reading and writing novels, she loves poetry. Her poems, published under another name, tend to inhabit the darker, sometimes surreal side of life.

While on an extended trip to Australia, Jennie studied journalism and worked as a freelance print journalist, covering topics from forced marriages to the fate of Aboriginal Australians living on land contaminated by the British nuclear tests.

When not chasing the dog, lazing in the garden with a book or dreaming about setting off on a long train journey with a Kindleful of books, Jennie can be found writing or doing Writing Related Stuff. WRS can include singing and playing the piano (vital for destress) and watching thrillers/spy dramas on TV (research). She’s working on getting her second novel ready for publication, a dark and unsettling psychological thriller.

The story begins in London in 2005, a few months before the 7/7 bus and Tube bombings. Georgie agrees to have sex with Julian, her close friend from their university days. Wary of relationships after previous heartbreak, she is shocked when Julian reveals he has loved her for a long time but felt unable to tell her.

Soon afterwards Georgie meets Nikolai, an ex-soldier recently arrived from Russia. Despite her misgivings, she can’t resist him; Julian struggles to deal with Georgie’s rejection. Realising how deeply war-time incidents in Chechnya have affected Nikolai, Georgie suspects that the Russian is hiding something terrible from her.

Then London is attacked…

BLIND SIDE explores love and friendship, guilt and betrayal, secrets and obsession. Can you ever truly know someone? And what if you suspect the unthinkable? An explosive, debate-provoking thriller that confronts urgent issues of our times and contemplates some of our deepest fears

Blind Side by Jennie Ensor will be published by Unbound on 23 July.

I will publish a link as to where you can buy a copy of Blind Side in my review on Wednesday 27 July.

Blind Side by Jennie Ensor The Official Blog Tour.