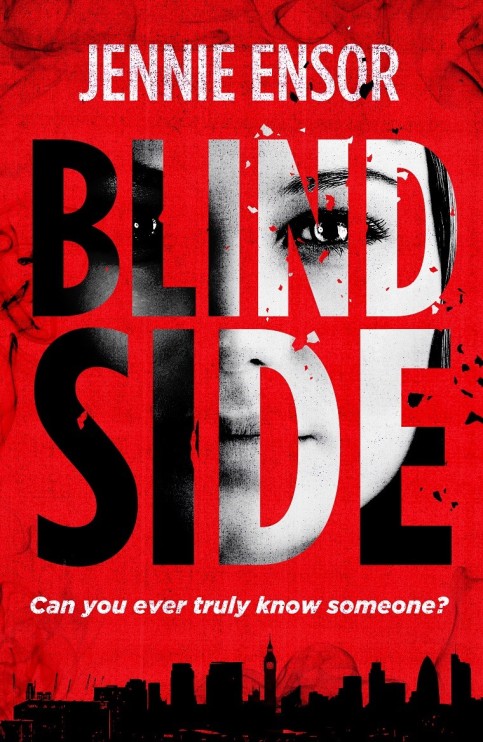 London July 2005, a moment in time that all of us will recall and never forget. In her debut thriller Blind Side Jennie Ensor has written a stunning gripping psychological thriller that is set just before the terrorist attacks on 7/7.

For Georgie our leading character things could not be going any worse now after a fling with one of her best friends Julian she has met a Russian man called Nikolai and Julian is not best pleased to say the least as he is being rejected. Now Georgie has to cope with the venomous Julian. But for Nikolai he has a past that he does not like talking of and that is his time in the Russian army and the war in Chechnya and the sheer brutality of that war that is still haunting him. But there is something that Nikolai is holding back from Georgie something that could destroy them both. But what is it?

Set at a time when London and its inhabitants were trying to cope with the 7/7 terrorist atrocity there are a number of themes running through the story and questions of relationships with the leading characters as well as secrets and lies. Trust is something that is earned and can quickly be destroyed. But what price love? Does love really conquer all in the end? Both Georgie and Nikolai’s lives could not be so worlds apart but they have been brought together is this fate that has brought them together?

For a debut novel this is a brave topic as the time it is set in, but what Jennie Ensor brings is a thrilling psychological story that I really enjoyed and raced through. If you enjoy a thriller with a number of themes running through the story, then Blind Side is one not to be missed.

My thanks to Jennie Ensor and Unbound for the review copy ahead of publication.