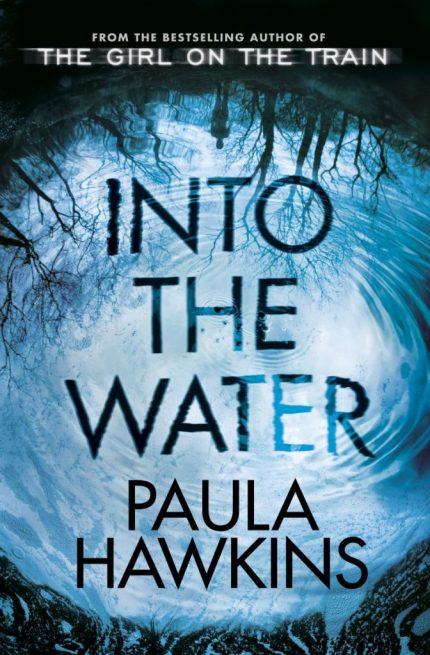 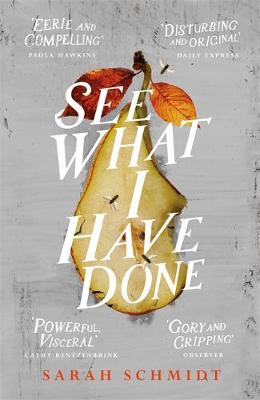 Today sees the release of two of this year’s biggest must read books. Paula Hawkins follows up from The Girl on the Train with Into the Water (Doubleday)and a debut novel by Sarah Schmidt called See What I Have Done. (Tinder Press) Two books that are going to be on everyone’s TBR lists this Spring and Summer.

For the first time I am running today on my blog a double book review. Starting with Paula Hawkins Into the Water. 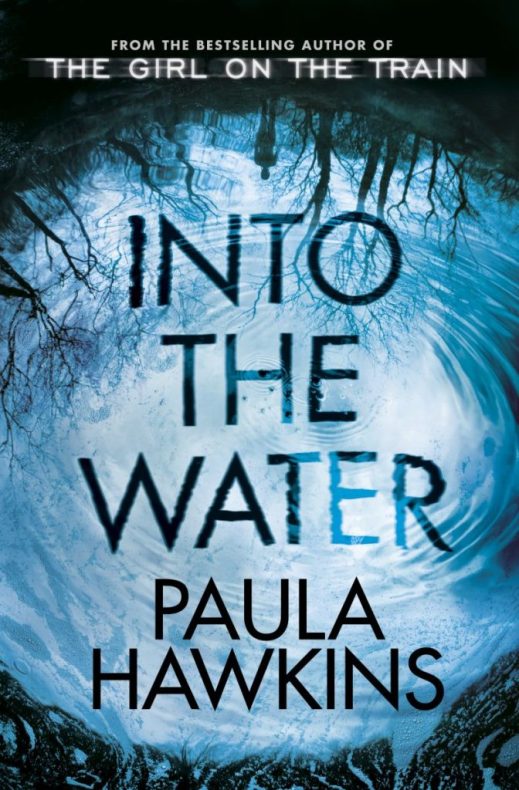 Into the Water by Paula Hawkins

Imagine for a moment trying to sit down and write your next novel. Ok you say but what if you were the author of the massive international hit that was The Girl on the Train Then not for a moment can I begin to imagine what Paula Hawkins must be thinking as today see’s the release of her new thriller Into the Water. (Doubleday) Although some readers found that The Girl on the Train with its narrator that we know as unreliable to say the least. Paula Hawkins has gone a different route this time around as this new psychological thriller is very different and if this is at all possible it actually is better that her monster hit that captured the imagination of readers across the globe and was also a massive success on the big screen that starred Emily Blunt. 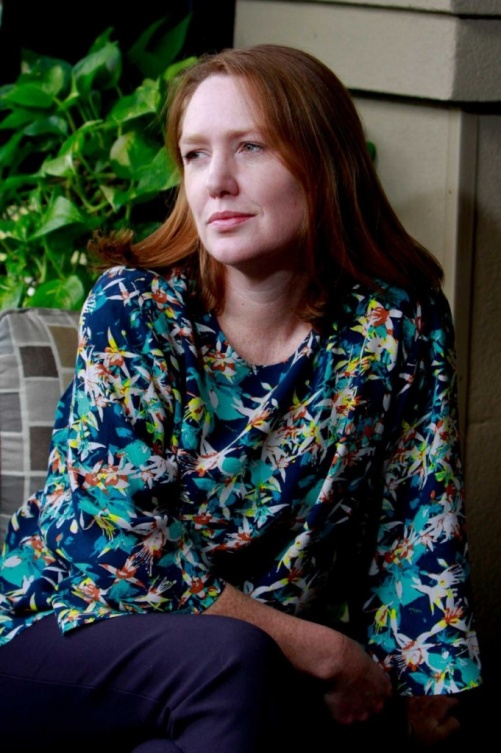 What you will find with Into the Water is that here is a thriller that will have you on the edge of your seat as this is a stunning thriller with more than just the usual twists than your average read. This is an ambitious attempt to move away from the formula that gave Hawkins so much success, here there are more characters and the plot is so layered that is gives more to the reader. There is even something Hitchcock about this book and one that many readers will flock to. The story is set in a small riverside town, and the opening sequences are nothing short of horrific as a woman is tied up and then drowned by a group of men. At this point I had to re-read this first part as I was not sure if this was a current event or was this a past event from history and if so was history to play a major part in the novel. A chilling start that set the tone for what was to be a gripping thriller. It is now August 2015 and this little riverside town now becomes centre stage and a small of that river that has a notorious history that involves the drowning of witches. But there has been a much more recent drowning a middle aged woman called Nel Abbott is found dead in this stretch of water but how was this possible? Now let your imagination play with you here. Some including her daughter think Nel planned to end her life but Nel’s sister Jules is not sure. Now the history of this part of the comes to the fore as other deaths by drowning come to light. It also appears that Nel was taking a keen interest into the drownings has she taken some if its secrets and the towns secrets with her.

There are many character here that have a story to tell and they do this in bite size chapters that play a part in telling the real story of what has been going on in this small town. Some of these characters are hiding the truth and it also appears that Nel was not liked by many in the town. Question is why? Add into the story a psychic and you have the recipe for a thriller that is just building page by page with suspense until the very last moment. If you are going to read Into the Water on a train journey, be warned you may miss your stop but at least it stop you looking at people’s homes through the window of your carriage.

My thanks to Alison Barrow for the advanced review copy of Into the Water.

Into the Water by Paula Hawkins is published by Doubleday and is released today 2nd May and is available through Waterstones, Amazon and all good bookshops. 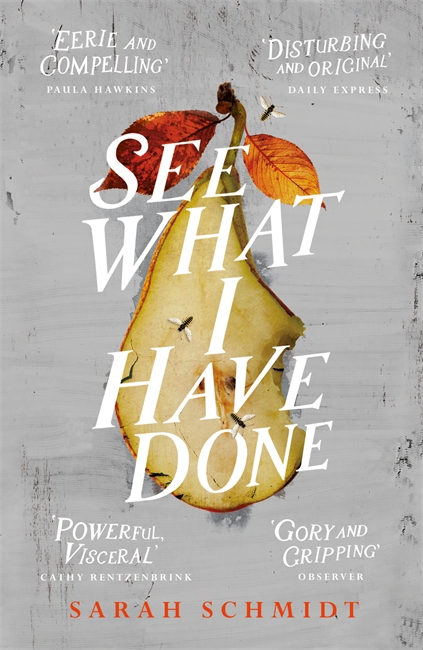 See What I Have Done by Sarah Schmidt

It is the morning of 4th August 1892 and the bodies of Andrew and Abby Borden are discovered in their home. They have been brutally murdered with an axe. It was Lizzie Borden who discovered the mutilated body of her father. Here in See What I Have Done (Tinder Press) the debut novel by Sarah Schmidt she tells the story with fact and fiction in a gripping and riveting debut. 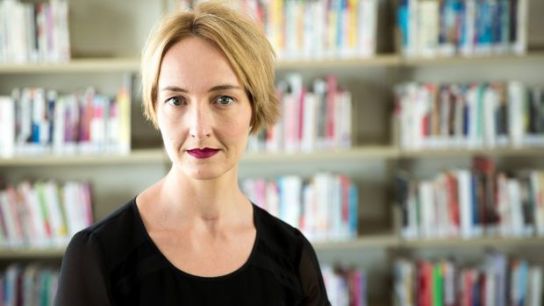 I have to admit to not knowing the story of the brutal murders that took place in the Borden home so before I started to read the book I did a little research to prepare myself for the book. Once I started I became hooked on Sarah Scmidt’s telling of the story using both facts and then using fiction to re-tell the infamous story.

When the Police arrived at the family home in Fall River, Massachusetts it becomes clear there was only one suspect and that was Lizzie Borden. Could she really have taken an axe to her stepmother and to her father? Despite the fact that there was other people in the house the police believe that she was responsible for the murders. Lizzie Borden was then tried and acquitted. To this day the murders remain unsolved in what remains one of the most heinous crimes the axe that was used in the murders was never found. 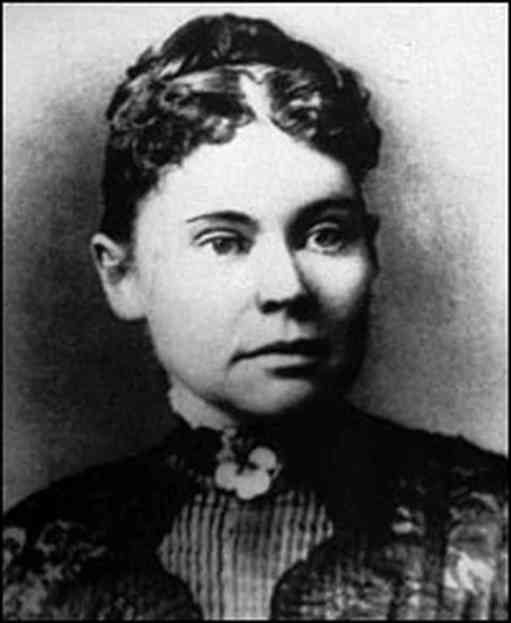 There are a numbers of characters that Scmidt focuses on in the novel with Lizzie and her sister Emma who at the time of the murders was not present in the family home, then there is the girls Uncle John and then the maid, Bridget. With the facts of the case already known Schmidt then weaves a dark and claustrophobic story. Behind the front door of the family home clearly all was not well. To say this was a troubled family even dysfunctional, there was many things quietly bubbling away under the surface in that steaming hot summer. The entire story just jumps out at you and leaves your pulse racing. This is an incredible first novel that is visceral and truly compelling. Schmidt’s writing is dark and chilling and the palms of your hands become sweaty or was that blood oozing from the pages of this disturbing read. This was clearly a family with many problems hidden behind the shutters of the windows as if they were keeping the secrets from the outside world. The parts of the story as told through Lizzie Borden leave you cold and wondering about her sanity and left me in cold sweats. See What I have Done is a Superb first novel and one I highly recommend.

Thank you to Georgina Moore for the advanced review copy of See What I Have Done.

See What I Have Done by Sarah Schmidt is published by Tinder Press and is released today 2nd May and available through Waterstones, Amazon and all good bookshops.