Hugh Fraser returns with Malice the third in the series following up from Harm and Threat also back is Rina Walker in 1960’s London and if you have read and loved Hugh’s first two then you are in for a real treat. This is an action packed thriller that packs a punch from the first page and will keep you gripped to the very last. 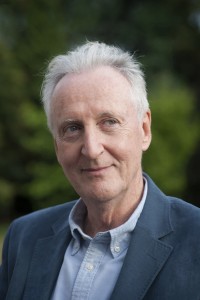 1960’s London was well known for gangs and its leaders and we love a hero who will take them on, in this series we have a heroine in Rina a complex character and she fearlessly takes on the ‘bosses’ and hunts down those she needs to. There is violence as you would come to expect in this series. Rina is a gritty woman and one you would not pick a fight with, a gritty and determined leading character.

This time around Rina is hired to ‘take out’ a rival gangland leader who is threatening George Preston’s patch. But what Rina does not realise is that dealing with one problem will unleash more danger and revenge. The violence is at times graphic as the story takes us from Soho to the Midlands and then to the Spanish Coast. Like the previous two in the series I raced through this as it is a fast paced addictive read. If, however you have not read the first two in the series fear not as they can be read on their own. Be warned though, read on and you will want to read the entire series. One day a screenwriter will read one of these and will see just how dramatic they are and will want to transfer to the small screen. It would make for dramatic television viewing.

Thank you to Matthew at Urbane Publications for the advanced review copy of Malice.

Malice by Hugh Fraser is published by Urbane Publications and is available through Waterstones, Amazon and all good bookshops.