On the 4th August 1914 Britain led by Prime Minister Herbert Asquith declared war on Germany after the call by the British government for Germany to get out of Belgium by midnight on 3rd August. So it was Britain went to war with the might of Germany. 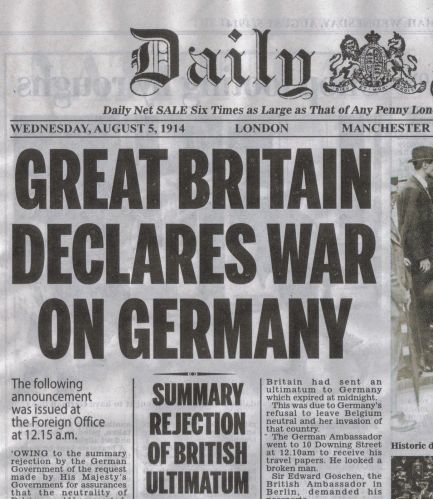 Now the call went out for young men across the country to sign up and fight for King and Country. Britain’s Jews in the First World War by historian Paula Kitching tells the story of the Jewish community and how they contributed to the First World War.

At this time Britain had a global empire and navy with many ships but what it lacked was men on the ground to fight. To take on Germany on a European battlefield would take a huge army. Britain had only a small professional army during the run up to WWI. The Jewish community despite being seen as outsiders responded with more than 40,000 men to fight after the call went out.

With many more providing support on the home front both as nurses and doctors in hospitals and other support services the Jewish community had responded to the call.

In this well researched account it tells the story of the Jewish involvement in World War One. There is a chapter towards the back of the book that tells of the Awards and Bravery of some of the Jewish Community who served. There were 5 recipients of the Victoria Cross (VC), 144 were awarded the Order of the British Empire (OBE) as well as 263 recipients of the Military Cross (MC; Commissioned Officers only).

The story of Frank de Pass who on the 24th November 1914 was awarded the Victoria Cross for his conspicuous bravery in the face of a bombardment from the German line and then went about rescuing a wounded soldier. Sadly, de Pass was never to know he was going to be awarded the VC as he was killed the following day. Just one of the heroic actions by Jewish soldiers. His VC is held at the National Army Museum in London which I saw at the launch of ‘On Courage: Stories of Victoria Cross and George Cross Holders’ (Constable) in May last year.

Break of Day in the Trenches by Isaac Rosenberg

The darkness crumbles away
It is the same old druid Time as ever,
Only a live thing leaps my hand,
A queer sardonic rat,
As I pull the parapet’s poppy
To stick behind my ear.
Droll rat, they would shoot you if they knew
Your cosmopolitan sympathies,
Now you have touched this English hand
You will do the same to a German
Soon, no doubt, if it be your pleasure
To cross the sleeping green between.
It seems you inwardly grin as you pass
Strong eyes, fine limbs, haughty athletes,
Less chanced than you for life,
Bonds to the whims of murder,
Sprawled in the bowels of the earth,
The torn fields of France.
What do you see in our eyes
At the shrieking iron and flame
Hurled through still heavens?
What quaver -what heart aghast?
Poppies whose roots are in men’s veins
Drop, and are ever dropping;
But mine in my ear is safe,
Just a little white with the dust.

I have learned so much by reading Britain’s Jews in the First World War and if military history or history in general is something that you enjoy reading then I am more than happy to recommend.

Britain’s Jews in the First World War by Paula Kitching was published by Amberley Publishing and was published on 15th February 2019 now available through Waterstones, Amazon and through your local independent bookshop.