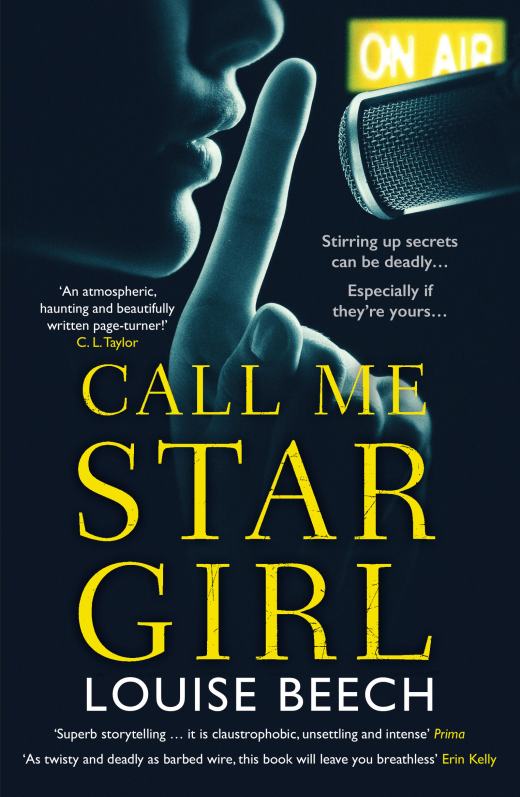 Pregnant Victoria Valbon was brutally murdered in an alley three weeks ago – and her killer hasn’t been caught.

Tonight is Stella McKeever’s final radio show. The theme is secrets. You tell her yours, and she’ll share some of hers.

What Stella really wants to know is more about the mysterious man calling the station … who says he knows who killed Victoria, and has proof.

Tonight is the night for secrets, and Stella wants to know everything…

With echoes of the Play Misty for Me, Call Me Star Girl is a taut, emotive and all-consuming psychological thriller that plays on our deepest fears, providing a stark reminder that stirring up dark secrets from the past can be deadly… 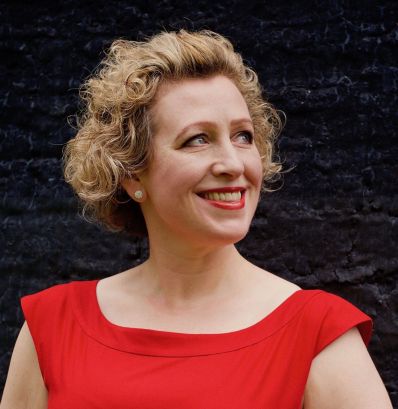 I have been a huge fan of Louise Beech since her debut novel How to be Brave (Orenda Books) was released back in 2015. Just look how far this amazing writing journey has taken Louise to-date. Now comes her latest release Call Me Star Girl (Orenda Books) which hit the bookshops on 18th April. Now I read this back in February and have had to wait ever so patiently to post my review.

To put it simply Louise Beech has blown me away. It can be difficult when a writer changes genre style but Louise has done this effortlessly. Now a psychological thriller writer and it is just sensational. Anyone who has seen the Hollywood film Play Misty for Me starring Clint Eastwood will love this novel.

Stella McKeever is a radio show host and it is her last show and she decides she wants to end with something different. Stella asks her listeners to call in with their secrets, and in return Stella would share some of hers. Dangerous territory for a radio host to enter as you just don’t know how far it could go.

Then a local girl is found dead and it is clear this is murder and there has been a witness and this witness calls the studio to say they saw the murder. The beauty of this tight and pulse racing thriller is that there are not many characters in the storyline so you get to concentrate on the plot.

Stella has her own secrets and these include the relationship with her boyfriend Tom. Then there is her mother and the broken relationship between them both.

There is something about creating a storyline around a radio station at night it is dark and quiet. Just you and your listeners and you set the tone and you can hold them in the palm of your hand. There are many twists and turns in the plot that you just do not know where it is likely to turn next.

The tension builds so much that you could cut with a studio microphone, it is atmospheric and compelling. You might even say disturbing. But either way it is nothing short of brilliant. Louise Beech’s fifth novel is by far her very best and this is why I love Louise Beech’s writing. HIGHY RECOMMENDED

Call Me Star Girl by Louise Beech was published by Orenda Books and was published on 18th April 2019 and is available through Waterstones, Amazon and through your local independent bookshop. 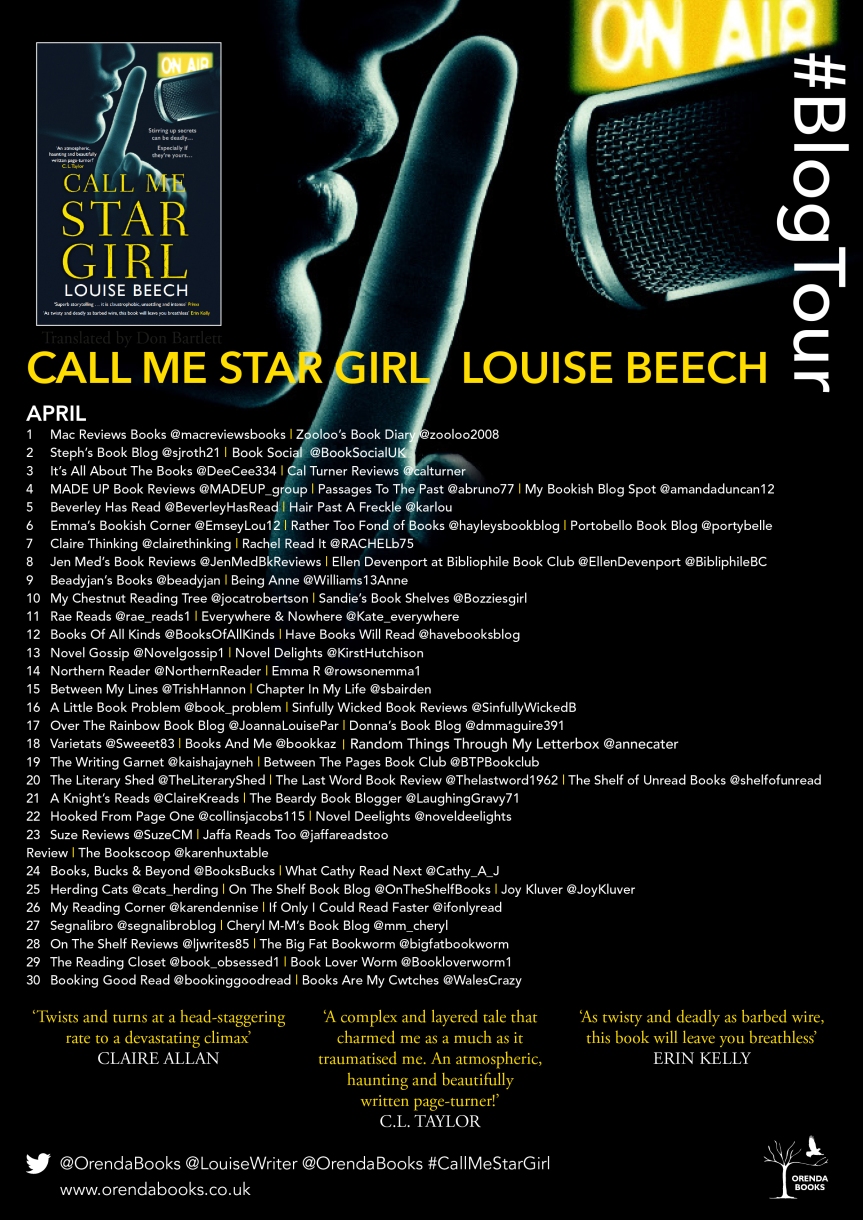