The Seafarers: A Journey Among Birds by Stephen Rutt

The British Isles are remarkable for their extraordinary seabird life: spectacular gatherings of charismatic Arctic terns, elegant fulmars and stoic eiders, to name just a few. Often found in the most remote and dramatic reaches of our shores, these colonies are landscapes shaped not by us but by the birds.

In 2015, Stephen Rutt escaped his hectic, anxiety-inducing life in London for the bird observatory on North Ronaldsay, the most northerly of the Orkney Islands. In thrall to these windswept havens and the people and birds that inhabit them, he began a journey to the edges of Britain. From Shetland, to the Farnes of Northumberland, down to the Welsh islands off the Pembrokeshire coast, he explores the part seabirds have played in our history and what they continue to mean to Britain today.

The Seafarers is the story of those travels: a love letter, written from the rocks and the edges, for the salt-stained, isolated and ever-changing lives of seabirds. This beguiling book reveals what it feels like to be immersed in a completely wild landscape, examining the allure of the remote in an over-crowded world.

Watching birds has been a passion of mine since childhood but there is something rather special about sitting on a windswept headland looking out to sea and watching seabirds. Whether it is on the South West coastline or along the Scottish coast or taking a boat trip across the Minch to the Outer Hebrides watching seabirds has given me some of my best birdwatching days I can remember. I was so grateful to have received a copy of The Seafarers: A Journey Among Birds (Elliott & Thompson) by Stephen Rutt that has just recently been published in paperback. It has won the Saltire First Book of the Year for 2019. 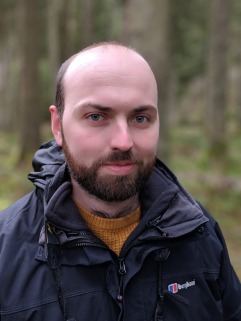 It was 2015 and Stephen Rutt was packing up and moving to the remote Scottish island of Ronaldsay, one of the furthest of the Orkney Islands, Stephen was struggling and he needed to get away from the fast pace of London. He had decided to volunteer at the bird observatory for seven months. During this time, he would monitor the movements of seabirds. A pivotal moment as this seemed to just what he needed. Nature is calming on the soul.

There is something really soothing about Stephen’s writing, it is calm and relaxed and yet there is something more here, facts. He talks of oil spills and the disastrous effect this had on wildlife, and would the seabird numbers recover in the years to come. I recall seeing pictures of scores of dead seabirds covered in oil. These pictures still haunt.

From here Stephen takes us on a journey around the jagged coastline of Britain to watch seabirds. From Puffins to Skuas, Storm Petrels and Gannets galore and Manx Shearwaters and we cannot leave out the Terns on the Farne Islands.

We are an island in fact the UK is an archipelago with over 1000 islands, and around 790 of them off the Scottish coastline which makes this one of the most incredible and diverse places to study seabirds. Stephen Rutt really has written a love letter to seabirds, and their incredible lives. When Stephen is not watching these wanderers of the seas he is at home reading books from some of the great writers on birds. A beautifully written memoir and that I am delighted to add to my natural history library.

Thank you to Alison Menzies for the review copy of The Seafarers: A Journey Among Birds by Stephen Rutt

The Seafarers: A Journey Among Birds by Stephen Rutt was published by Elliott & Thompson and was published in PB on 4th June 2020 and is available through Waterstones, Amazon and through your local independent bookshop.

One thought on “The Seafarers: A Journey Among Birds by Stephen Rutt”