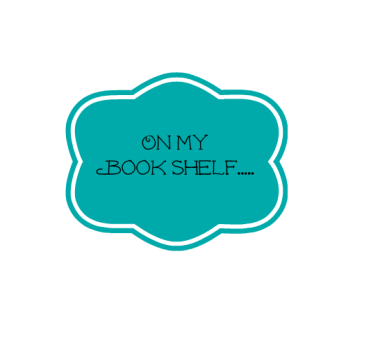 Well here we are another week is over and another exciting book filled week it has been. It started earlier in the week when the 2016 Pulitzer Prize winners were announced. 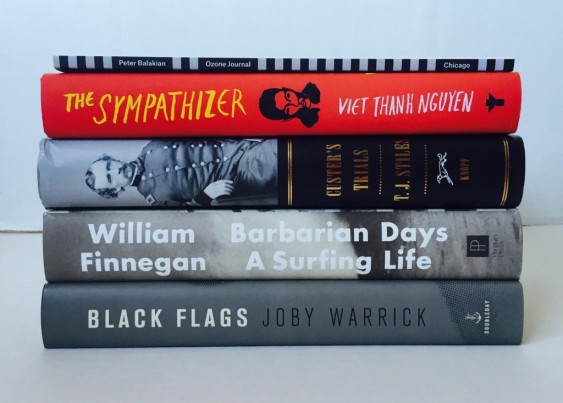 One book that I have had my eye on for a while seemed to have crept under everyone’s radar since it was released that is the incredible The Sympathizer by Viet Thanh Ngyen which looks like being another outstanding book for 2016 based on the fall of Saigon during the Vietnam War it is dark, fascinating and at times witty and ironic look at politics. 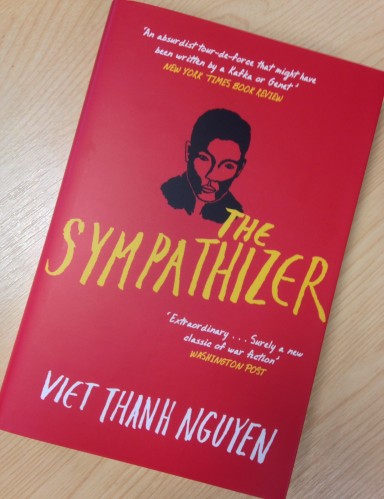 Having heard so much already about this book I am looking forward to getting into it and a review will follow in due course. I think it deserves to be read by a wider audience here in the UK.

Moving on to the book reviews for the week it started with the collection of short stories by Helen Oyeyemi called What is Not Yours is Not Yours nine amazing stories that have a connection with keys, lost libraries and locked gardens. My review Here

Then later in the week I reviewed Lab Girl by Hope Jahren, a memoir from a single minded and determined woman driven to become the best at what she does a botanical scientist. This for me was a memorable memoir from Jahren who now runs one of the best laboratories in the world studying plants and trees. When you read this you will look at trees and the natural world very differently. You can read my review  Here 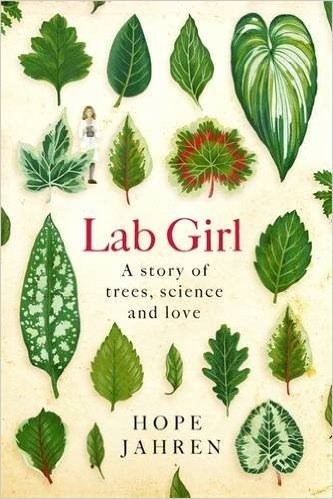 It has been a fabulous week for books received for review. This is the collection that has arrived this week.

On my Kindle I have a review copy of The Nest by Cynthia D’Aprix Sweeney which is being published by The Borough Press on 19 May.

Also received this week is a collection of poems by Ana Maria Caballero called Mid-Life.

Coming up this coming week more book reviews including Rain by Melissa Harrison and there will also be an interview with Hallie Rubenhold and a review of her new historical novel which is out now called The French Lesson.

That’s it for this for this week, look out for more reviews and you can also keep up to date via my Twitter feed @thelastword1962 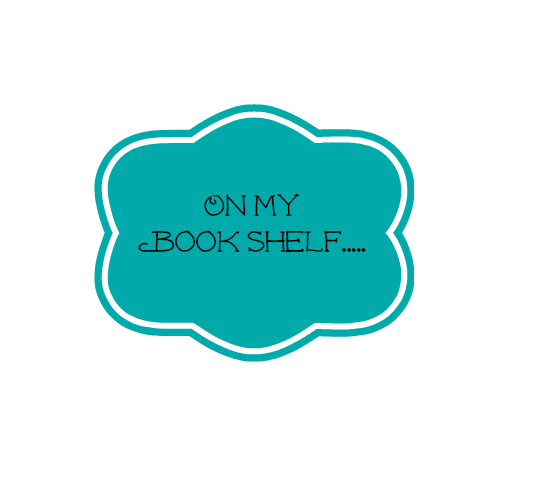 One of my busiest weeks so far this year when it comes to my book related matters, it has been non-stop since I posted my first My book week over a week ago. I recall saying that 2016 could be one of the best years for book releases and debut authors and so far this really has been the case with some exceptional fiction and non-fiction releases with many more to come. I have a feeling that come December we will be recalling a vintage year in literary terms.

Some will know that I am researching for a book I am planning to write well the exciting news is that it is not one book but two. I just need to find that thing called time as many writers know only too well. Many a long night lies ahead.

Looking back over the last week I posted reviews for some incredible books each one outstanding in their own right. The Week started on Monday with my review of My Name is Lucy Barton by Elizabeth Strout but sadly my prediction that it would make the shortlist for the 2016 Bailey’s Prize proved not to be the case. My review Here

On Tuesday I reviewed The Last Good Kiss by James Crumley, one of the great classic crime novels that has inspired many a crime writer, now re-released. You can read my review Here

With Friday being the anniversary of the sinking of the Titanic it was an appropriate day to review the brilliantly written The Midnight Watch by David Dyer which looked the role of the SS Californian the ship that stood by as the Titanic was lost along with over 1500 children, men and women. My review Here 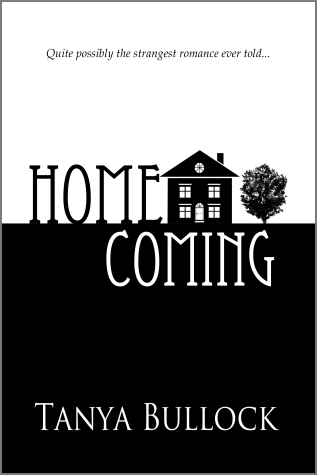 So onto to books arriving this week, only two this week, but two exceptional books. The first an historical novel set around the Great Fire of London in 1666 by the best-selling author Andrew Taylor The Ashes of London and published by Harper Collins. 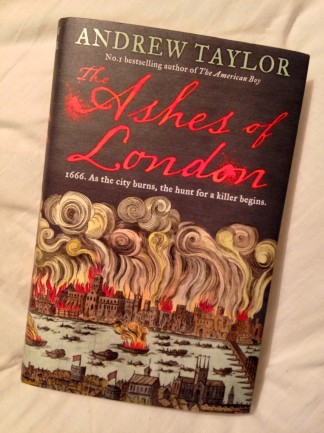 And finally arriving on Saturday was Nevernight by Jay Kristoff and published by Harper Voyager but you will have a long wait for this exciting book as it is not released until August of this year. Sorry!

Over the next week look out for reviews for the following books a collection of short stories by Helen Oyeyemi called What is Not Yours is Not yours published by Picador, The French Lesson by Helen Rubenhold published by Doubleday and I am working on an interview with Helen to go with the review and finally the fabulous Lab Girl by Hope Jahren published by Fleet. 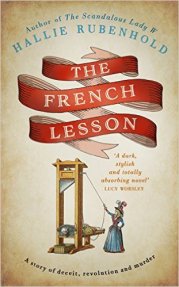 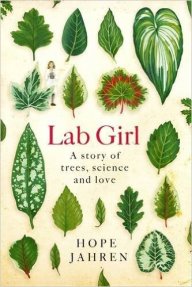 That’s it for this week, thanks for reading and happy reading.

Finally, after what seems to have been a very busy few weeks with work, more research for a book I am planning and then writing books reviews I have finally got round to starting what I hope will be a weekly round-up of my book week. So without further ado welcome to the first in a series of On My Bookshelf – My book week.

Nothing beats that knock on the door then being greeted by your friendly postman as he hands you more book posts, as my postman is a keen book lover he takes a real interest in what books arrive, he also likes to make a note of what future releases are due out. The next best thing is stalking book shops (not sure I should add stalking). You see I just can’t help myself, if I go in to a book store to browse I always tend to come out with a book or two as if I had no idea how that happened. So last Saturday I was in the beautiful city of Exeter and there is not one but two Waterstones branches so I was spoilt.

I came out with a hardback copy of the wonderful Kate Atkinson’s A God in Ruins Not sure how but I missed it first time it was released.

As A God in Ruins follows on from Life After Life, and we follow Teddy as this is his story a pilot in WWII if you have not read A God in Ruins as yet then this is a must, it follows Teddy from his youth to his death as a pilot of a Halifax bomber. As I write this A God in Ruins has been longlisted for the Bailey’s prize 2016. A full review will appear at future date.

I also picked up a copy of The Loney by Andrew Michael Hurley the 2015 Costa Book Awards Winner. 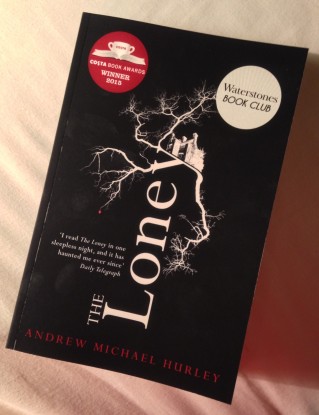 So onto this week’s book posts and some really fabulous book arrivals, earlier this week saw arrive in the post the second novel from Katie Marsh called A Life Without You to be published 14 July 2016 by Hodder & Stoughton.

Katie’s first novel My Everything was beautifully written though sad there is the hope of second chances. I did wonder how she would follow My Everything in her forthcoming novel Katie writes about early-onset of Alzheimer’s and for those like me who have lost loved ones to this terrible disease, it will be a book that you must add your reading list. I was both shocked and surprised to see that I get a little mention in the acknowledgments section in the back of the book. There will of course be a review of A Life Without You in near future.

Arriving in midweek was The French Lesson by Hallie Rubenhold due for release on 21 April by Doubleday. Hallie is an historical consultant for both TV and film.

Hallie’s new novel The French Lesson is set during the French Revolution and is told from the perspective of the female power players. Full of intrigue and suspense and if you enjoy historical fiction this is a must. I will be reviewing shortly.

Also arrived this week is the forthcoming latest from the best-selling author Louise Candlish called The Swimming Pool due out on 5 May by Penguin books.

This promises to be a real thriller, set in a heady summer and the Elm Hill Lido has opened and Natalie finds she is spending time by the pool drawn by the glamorous Laura Channing, but something is not as it seems, why is Natalie haunted by another Summer from the distant past? The Swimming Pool promises to be a dark and addictive.

Arriving with the book was a short story by Louise called The Intruder at Number 40.

At around 30 pages and available for download for Kindle through amazon this is a story of an estate agent in an affluent town called Lime Park, a story of illicit thoughts connected to Amber Fraser, and for Ryan Steer, Amber Fraser is worth the risk.

Being a lover of the natural world, I was delighted with today’s books one from 2015 and one very recent release. 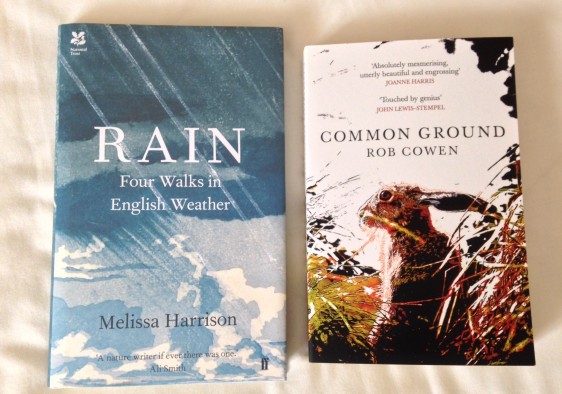 Rain by Melissa Harrison was released on 3 March by Faber & Faber and looks at our relationship with one of the elements we know so well in this country, and I am talking of rain. Four seasons, four rain showers and four different parts of the country in Wicken Fen, Shropshire, Darent Valley and Dartmoor. In Rain, Mellisa looks at how our countryside changes with each shower as well as our relationship as well as the wildlife that inhabits these areas. Melissa writes a monthly column for The Times called the Nature Notebook which is worth a read if you have not come across it.  I will be reviewing Rain by Melissa Harrison soon.

Common Ground by Rob Cowan has just been released in paperback by Windmill Books and is a pure delight to read for anyone who loves wonderful nature writing.  Rob moved from London to Yorkshire and over the course of one year in one square mile looks at the kaleidoscope of wildlife in that square mile. This is nature writing at it’s very best. Full review to follow.

In the last week I have reviewed the following two books Blood and Roses by Catherine Hokin published by Yolk Publishing.

You can read my review Here  and then my next came the amazing Rush Oh! by Shirley Barrett one of the best debut novels so far in 2016 and is now longlisted for the Bailey’s Prize 2016 and personally speaking I am hoping it makes the shortlist next week.

You can read my review Here  So on to my current reading this weekend. From the pen of Helen Oyeyemi comes What is Not Yours is Not Yours.

Due for release on 21 April by Picador What is Not Yours is Not Yours. Is an incredible series of short stories from lost libraries to locked gardens and of marshalnds where the drowned dead live.  A stunning collection of stories. A full review will be published soon. When the hardback hits the shops later this month my advice go and check the book out, the actual cover is something rather special.

Also just re-released and published by Black Swan is the classic The Last Good Kiss by James Crumley. 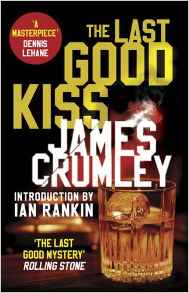 Book reviews coming in the coming week include My Name is Lucy Barton by Elizabeth Strout and published by Viking and is also longlisted for the Bailey’s prize 2016.

Then there will be the review of The Midnight Watch by David Dyer published Atlantic Books and tells the infamous story of SS Californian and the Titanic and its role as the Titanic sank with the loss of so many lives. A timely release as the anniversary of the sinking of the Titanic approaches.

That’s it for this week’s round up you can of course follow me on Twitter @thelastword1962 for lots more bookish chat. Until next time.