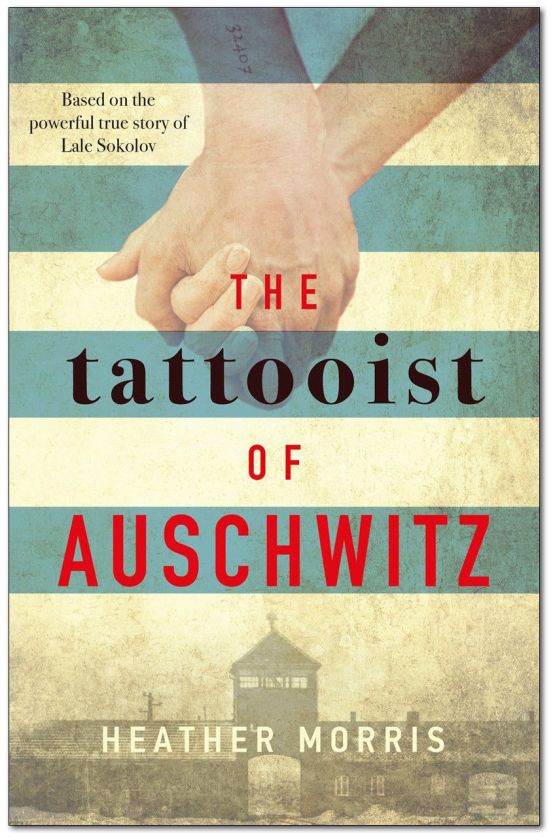 The Tattooist of Auschwitz by Heather Morris

“I will live to leave this place. I will walk out a free man. If there is a hell, I will see these murderers burn in it”

Over the years I have read many book on the Holocaust and every book has me asking the same questions about man’s ability to reach the levels of inhumanity. Just recently I have been reading about The Tattooist of Auschwitz by Heather Morris. The story of one man Lale Sokolov. By the end of this book I was in tears not just at Lale’s story but man’s shocking brutality. My words here will never do justice to such an important subject. All I can do is to just ask you to read it for yourself. Lale’s story will stay with me and those who have read The Tattooist of Auschwitz.

Lale Sokolov’s was a smartly dressed intelligent man in fact a lady’s man. All that was to change in April 1942. Lale was born into a Jewish family and he volunteered himself to save his other family members. Of course at this time Lale had no idea what was coming or where he would go to work for the Germans. They were crammed onto cattle wagons and the train then set off to the Nazi death camp that was Auschwitz. On arrival he was tattooed with the number 32407. No longer would he be known by his name but only by his number.

Like many others he was put to work at Auschwitz in building the blocks that would eventually house the many thousands that would end up at the death camp. Within a short time Lale became very ill and was cared for by a French man called Pepan, this was the very man who tattooed his number on arrival.

After Pepan was taken away and never to be seen again Lale being intelligent and speaking many languages was given the role of ‘Tätowierer’- The Tattooist and would be responsible to tattooing the numbers of the thousands of new arrivals that would be working at Auschwitz-Birkenau. Those not selected were sent to the gas chambers.

It was on one of those days that he was tattooing the women as they arrived that he met one particular young woman and her name was Gita she was given the number 34902. In the hell that was Auschwitz-Birkenau Lale fell in love with Gita. Lale was determined to survive and also that Gita was to survive and they would both one day be free. Over the coming years Lale manged to survive being sent to his death. He was indeed a survivor. Because he was given the role of ‘Tätowierer’ he was seen by many as collaborating with the SS as this role was directly working for the Political Wing of the SS and meant that he was protected to a degree. But others had come to trust Lale and he helped many by giving them food. If caught, he would face certain death. Lale will do things to survive that he would normally never consider. Thousands were being murdered in the gas chambers or just murdered because a guard said so. Death stalked everyone at Auschwitz. From one moment to another you never knew if you were going to die. ‘If you wake up in the morning, it is a good day’

The sheer horror of life at the Nazi death camp that is Auschwitz-Birkenau and the scale of the killing is something no-one can comprehend but survive both Lale and Gita did despite being separated towards the end of the war as Auschwitz was cleared because of advancing of the Russian army. The was near its end and the Nazi’s were in their final death throws. Both Lale and Gita survived and found each other and later married.

The Tattooist of Auschwitz reads like a novel because that is exactly how Lale wanted it to read and is based on the many interviews between Heather Morris and Lale himself. For all these years Lale himself kept his secret, and it was only after the death of his beloved wife Gita in October 2003 did he feel the time was right to finally tell his story that he kept a secret to protect his family and this is when Heather Morris started to spend time with Lale and for Lale to trust her. And so he began to tell the story, his own story a remarkable and life-affirming story of daring to live while in Auschwitz.

Heather Morris has written an incredible story of Lale and Gita’s survival. How she manages to portray the evil that went on inside the death camp on a daily basis. The despair that must have prevailed the pain and hunger. Knowing death was just moments away.

The Tattooist of Auschwitz is a powerful and deeply moving story of survival and also a remarkable love story. Both Lale and Gita’s story will stay with me forever as these stories must be told for future generations to understand and to learn. Let us remember and let us never forget. Ludwig “Lale” Sokolov died in October 2006. HIGHY RECOMMENDED.

Such has been the demand for this story there have been a number of bookshops that never received stock in time and that a second print run is now underway.

January 27th marks Holocaust Memorial Day. On this day I light a candle to remember the six million Jews murdered during the Holocaust. The day marks the anniversary of when Auschwitz-Birkenau was liberated by the Russian army in 1945.

The Tattooist of Auschwitz by Heather Morris is published by Bonnier Zaffre and was published in the UK on 11th January 2018 and is available to through Waterstones, Amazon and all good bookshops.

One thought on “The Tattooist of Auschwitz – Heather Morris”